UFC president Dana White is weighing all options for Jorge Masvidal, but that doesn’t necessarily mean a welterweight title fight with champion Kamaru Usman won’t be next.

White recently stated another “interesting” option is on the table for Masvidal (35-13 MMA, 12-6 UFC). Whether there are other possibilities or not, White still thinks Masvidal vs. Usman (16-1 MMA, 11-0 UFC) is the fight to make.

White provided some clarity on the situation during a Monday appearance on the “Menace and The Man Show” podcast.

“No, the Usman fight is the fight that makes sense,” White said. “It’s the fight that needs to happen if Masvidal wants a title shot. But there’s another interesting fight out there for him right now.”

When asked if a “BMF” title defense on “Fight Island” against former UFC dual champion Conor McGregor (22-4 MMA, 10-2 UFC) could be an option, White did not rule it out.

upcoming UFC schedule, all signs pointed to Usman vs Masvidal as a potential matchup for UFC 252 on July 11. The event was supposed to coincide with the annual “International Fight Week,” which White has since said will likely be canceled.

UFC superstar Conor McGregor revealed via social media when he plans to return to the Octagon, and the Irish superstar finally suggested the COVID-19 pandemic wouldn’t keep the 31-year-old from coming back this summer.

“See you in July,” McGregor tweeted on Monday. Other possible dates for McGregor’s planned July return are July 11, July 18, and July 25. 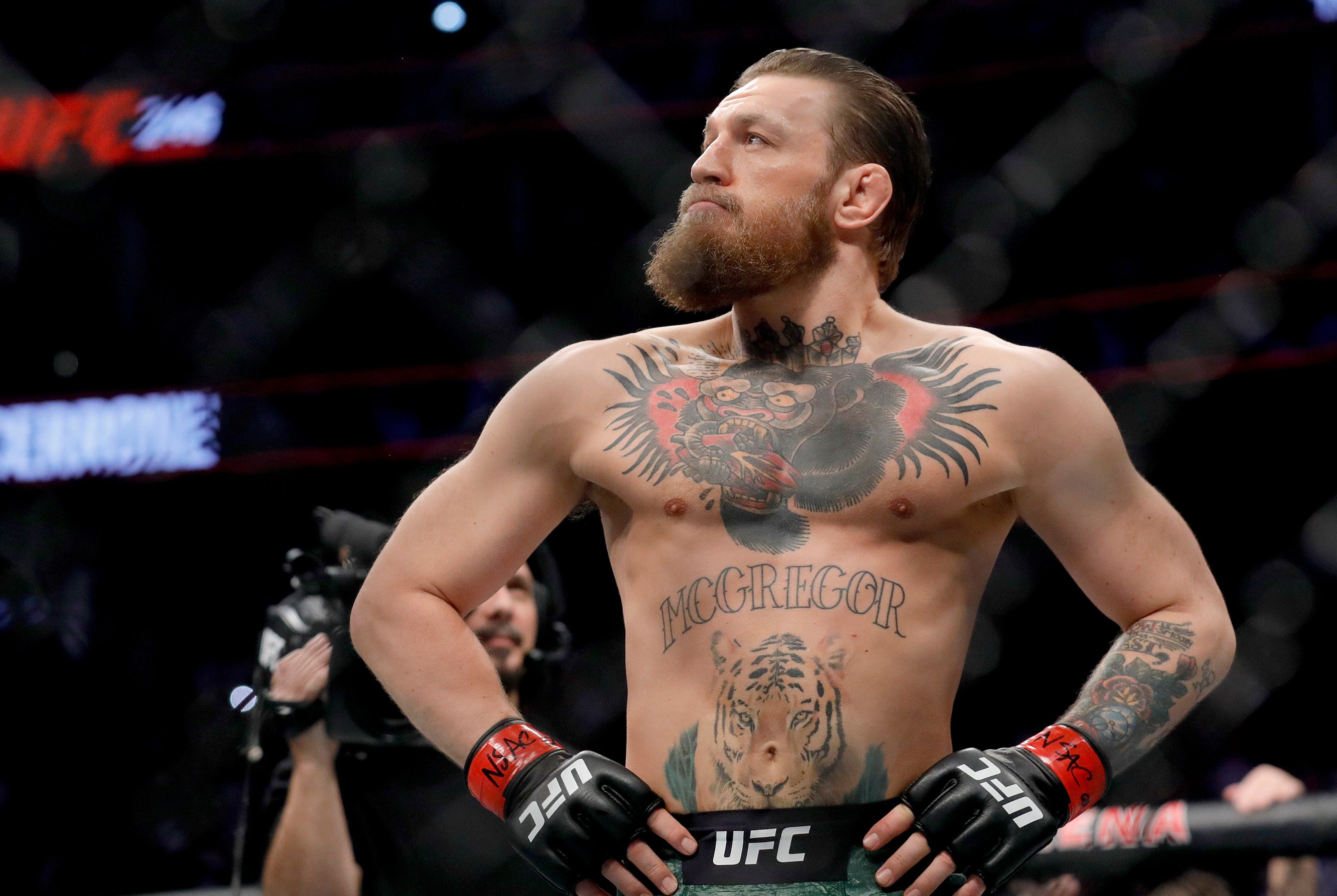 Last week, ESPN’s Ariel Helwani reported McGregor could be ready to climb back into the cage again as soon as July. Helwani was reporting what McGregor’s manager, Audie Attar, told him about the fighter’s summer fight plan, but now McGregor has confirmed the July target date as well.

Per that ESPN story, McGregor was watching UFC 249 very closely over the weekend to see how the company handled putting together a pay-per-view card during the COVID-19 pandemic. Apparently, the first-ever UFC “champ champ” liked what he saw on Saturday night because after suggesting he’d be the one to face Gaethje next over UFC lightweight champion Khabib Nurmagomedov, he told his millions of social media followers on Monday that his big return date would be two months from now.

McGregor seems super anxious as of late to get back to doing what he does best.

First, the UFC’s top star inexplicably threw some understandable but unnecessary shade at retired boxing champion Oscar De La Hoya. Sure, the 47-year-old was telling people he’d stop McGregor in just two rounds inside a boxing ring, but De La Hoya had been saying that for the last two years.

Why would McGregor all of a sudden need to respond to it?

Next, McGregor got into a war of words with 170-pound rival Nate Diaz on Instagram. During that exchange, McGregor insinuated that all Diaz needed to do to face McGregor for the third time was to “sign the contract”.

As far as grudge matches go, UFC welterweight champion Kamaru Usman vs Jorge Masvidal is as real as it gets. The UFC’s top two welterweights possess a genuine dislike for each other that had them nearly coming to blows earlier this year in Miami ahead of the Super Bowl.

The two were participating in separate podcast interviews on Super Bowl’s Radio Row, when they got in a verbal sparring match and had to be separated.  In the months since, both fighters have been going back and forth in the media, blaming the other for the fight not being finalized. The bout was being planned for UFC 252 in July.  However most recently, on May 1, Dana White stated that Usman is not the only option for Masvidal, the promotion’s mythical ‘BMF’ Champion, which added yet another layer to this ongoing saga.

Popek Monster – Damian Zduńczyk STIFLER transmisja na żywo w tv i live stream online w Internecie. Gdzie oglądać? (05.09.2020 20:00) FAME MMA 7 PPV Stream TV Everything is clear, the fight of the Fame MMA 7 evening will be Popek Monster versus Stifler . For Damian Zduńczyk it will be a debut in a cage of mixed martial arts. Popek does not need to […]

Popek Monster (3-4) will debut with a new employer on September 5. During FAME MMA 7, his fight with Damian “Stifler” Zduńczyk will be the main attraction of the event in Łódź. Does the “King of Albania” disregard the closest opponent? This can be deduced from the last statement! FAME MMA 7 PPV Stream TV During FAME MMA […]

The UFC has a new date for the rematch between Magomed Ankalaev and Ion Cutelaba, multiple sources told MMA Fighting. Ankalaev (13-1 MMA, 4-1 UFC) takes on Cutelaba (15-5 MMA, 4-4 UFC) at UFC 252 on Aug. 15, MMA Junkie confirmed the targeted booking after an initial report from MMA Fighting. The event does not have an official location at […]